Sajid Javid has confirmed the date of the Budget 2020 for 11th March. 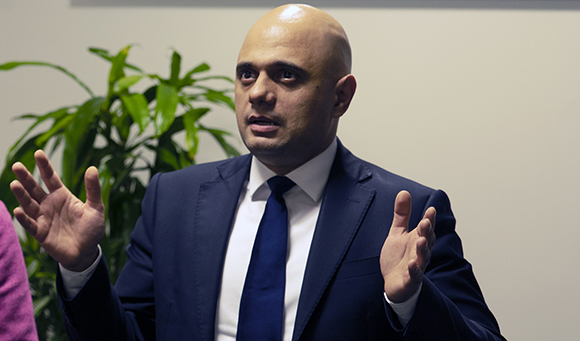 The Chancellor of the Exchequer, Sajid Javid, has confirmed the date of the Budget 2020 for Wednesday, 11th March.

In the Chancellor’s first Budget since December’s General Election, Javid has intimated that the Government’s spending plans will include billions of pounds of investment “across the country” as part of an “infrastructure revolution”.

Javid added that the Government would look to take advantage of the “record low interest rates” by investing more “in a responsible way”.

“In the Budget, we will be setting out how we are going to take advantage of all the huge opportunities that Brexit will bring,” said Javid.

The Chancellor was forced to scrap plans for a Budget on 6th November to pave the way for the General Election a month later.

Consequently, it’s possible that the independent Office for Budget Responsibility (OBR), which assesses the Government’s money management performance, may be unable to meet its legal obligations to publish two forecasts in the 2019-20 financial year. Cynics argue that this will result in reduced scrutiny of the public finances.

Nevertheless, the playing field has changed considerably since 6th November, with a majority government now able to propose a confident and decisive Budget 2020 that stays true to the Conservatives’ election manifesto and levels up the landscape for regions of the UK economy that are growing slower than others.

According to the BBC, the Government could seek alterations to the ‘Green Book’, which has long been used to weigh up large-scale investment projects. There is a feeling that such amendments could reduce the bias towards government investment in London and the south-east where the economy, house prices and overall productivity remains strong.

One of the headlines set to come out of Budget 2020 is a tax cut for almost 30 million workers, with a rise in the threshold for paying National Insurance, saving those who earn £9,500 and above up to £100 a year.

Don’t forget – on the day of Budget 2020 we will cover all the main talking points relevant to small business owners and self-employed professionals on our social media accounts and via our Budget 2020 report.

If you’d like to receive the headlines from Budget 2020 directly in your email inbox, make sure you sign up for our newsletter well in advance of 11th March.