Yet over the last 60 years, studies have shown that the cost of the PAYE system could be up to £2 billion to UK companies, with form-filling named as the biggest culprit of red tape 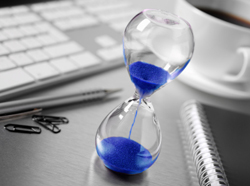 In times of economic difficulty, it is only natural that people explore ways to reduce the cost of essentials. Governments review departmental budgets. Small businesses, of course, do the same across all of their disciplines to try to reduce spending.

Yet over the last 60 years, studies have shown that the cost of the PAYE system could be up to £2 billion to UK companies, with form-filling named as the biggest culprit of red tape.  Two thirds of these costs fall on the shoulders of small business owners.

But as technology continues to evolve, small businesses are about to be introduced to Real Time Information (RTI), which HM Revenue & Customs (HMRC) believes will help take payroll into the 21st century.

RTI offers a simpler and more accurate method of sharing Income Tax and National Insurance Contribution information with HMRC. Previously, HMRC would only review an employer's total PAYE and National Insurance liability at the end of the tax year (April 5th); and compare it to payments actually made by the business throughout the year.

Now, though, information will be shared with HMRC as payments are made to employees, therefore meaning PAYE and National Insurance liabilities can be worked out on a real-time basis.

Changes to the system are essential - especially after HMRC had problems with reconciling the tax position for PAYE employees for the 2011-12 tax year. Around 5.1 million people either paid too much or too little across those 12 months, accounting for around 13 per cent of people in the PAYE system.

The Government, HMRC and tax organisations believe RTI will go a long way to ensuring this does not happen again.

Ian Liddell-Grainger MP, Chairman of the All-Party Parliamentary Taxation Group, which recently published a report titled ‘PAYE at the Crossroads’, says that RTI is only one stage in improving the system.

"RTI is undoubtedly the biggest change to PAYE since its introduction back in 1944, but it should be regarded as a stepping-stone, not the final destination," he explains. "HMRC both can and should go a lot further with the modernisation of PAYE."

When will small businesses need to act?

Preparation work should be starting now, ensuring all PAYE information about your staff agrees with the data being held by HMRC. Secondly, small businesses using payroll software must update it to make sure it's compatible with RTI data submission, while those who do not use software must ensure they introduce a way to submit data to HMRC electronically.

A pilot of RTI has been underway since April 2012 and involves around 2,000 PAYE schemes. This will increase to 250,000 schemes between November this year and March 2013 as more businesses make the switch, before the remaining 1.6 million use RTI between April and October 2013.

From this point, it will be compulsory for businesses of all sizes to administer payroll using RTI. Firms will be unable to pick a date for their switch and HMRC will be notifying employers when they need to introduce RTI so this makes preparation especially important.

What costs are involved for my business?

Ultimately, it's not yet known. Just over 73 per cent of the small business owners we questioned in a recent RTI survey did not know how much it would cost in terms of software, while HMRC is yet to place a figure on what it could cost.

While this will become more apparent over the next few months as the pilot scheme involves more businesses, 41 per cent believe RTI will increase the workload of payroll administration. Though this could be the case as RTI is introduced, the belief is that the burden placed on payroll employees will fall in the long term.

There is no need to panic. Even if it sounds daunting now, Real Time Information is designed to help make small businesses' lives easier. TaxAssist Accountants has been involved in a Government working party (All Party Parliamentary Taxation Group) on reviewing the introduction of RTI and can help guide your small business through the process.