The consequences of filing your tax return late and what can be done to appeal or cancel the penalty. 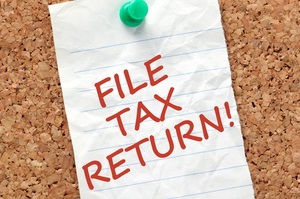 As you may already know, 31 January 2014 was the filing deadline for 2012/13 tax returns filed online and the settlement of any tax outstanding.

In this article, we take a look at the consequences of delays in filing your tax return and how these can be mitigated.

The penalty regime for late tax returns was completely overhauled a few years ago and the penalties are now much more severe.

The late filing penalty used to be only £100 and it was subject to a cap of the amount of tax you had to pay if it was less than £100. This could mean that you paid little or no penalty at all.

However, a return that is even a few hours late will now cost you an automatic £100 (irrespective of the amount of tax at stake) and the penalties will quickly mount up the longer the delay in filing.

The current late filing penalties are as follows:

How do I avoid a tax return penalty?

There are some instances when you can appeal a late filing penalty or get the return cancelled altogether.

A tax return was issued to you late

If a return has been sent to you late (after 31 July following the tax year end), then the filing deadline for the tax return is either the normal due date or three months from the date of issue of the return - whichever is later.

For example, if the return was issued on 15 November 2013, then the due date would be 15 February 2014, rather than 31 January 2014. This is rare, but it can happen - particularly in the first time you need to complete a tax return.

If you have been issued a late filing penalty but you have a very good excuse for filing late - known as a ‘Reasonable Excuse’- you could appeal against the penalty. HM Revenue & Customs (HMRC) gives specific examples of a Reasonable Excuse such as:

Remember, these are just examples. They can only apply if the problem actually prevented you from filing your return on time when you otherwise would have done. Each case is unique and will be considered on its own merits. You should still always send your tax return as soon as you can.

HMRC will not accept an excuse where you haven't made an effort to meet the deadline.

HMRC even notes that long periods in hospital or convalescing will not necessarily be a Reasonable Excuse. You will need evidence to support your claim too, such as prints of error messages, proof of postage etc.

The tax return is not required

If HMRC has asked you to file a tax return and you’ve checked and don’t think you need one, you could call the Self Assessment Helpline. This might apply if you have ceased being a company director or closed your business. The Helpline will tell you whether you still need to complete a tax return. If you don’t, they can cancel the tax return and any penalty for not sending it back.

Time is of the essence!

Whatever route you go down, it’s always best to get things sorted as quickly as possible.

For example, if you think the return is not required and should be cancelled, try to contact HMRC before any filing deadline.

Although cancelling the return should eliminate any penalties, it would be preferable to avoid triggering them in the first instance. Alternatively, if you think you have a Reasonable Excuse, you must make your claim within 30 days from the date of the penalty notice.

If you have missed the tax return deadline then we can help. Call us today on 0800 0523555 and you can book an appointment, convenient to you, in order to discuss your needs and file your tax return on your behalf.  While there may be a penalty to pay HMRC, the sooner this is filed the better.

Interest and late payment penalties may apply to late payments, but again you could appeal if you have a Reasonable Excuse. You may also be able to set up a payment plan or extension with HMRC, but these are only granted at HMRC’s discretion and they will want proof of your circumstances and that you have made attempts to pay it (such as applying for an overdraft extension).

If you have been charged penalties and there are exceptional circumstances that lead you to file or pay late, you may have grounds for appeal. If you would like some assistance in handling the appeal, please feel free to get in touch with your local TaxAssist Accountant who would be happy to help.