It Pays to Protect Your Business

Protect your business should you be subject to a tax investigation 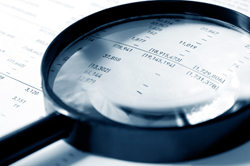 As HMRC steps up its drive to target tax evaders, it is becoming ever more important to protect your business from the costs of being targeted by HMRC for an investigation. Once selected for an investigation or a random enquiry, the legal and accountancy fees that you will typically incur cannot be recovered from HMRC, even if you successfully defend yourself. As the costs mount up, they can soon become too great for a small business owner to bear.

In our case study below we demonstrate how having the comfort of fee protection cover can literally mean the difference between a business defending itself and survival, or conceding defeat and the failure of the business.

What can HMRC do?

HMRC’s powers have been continually extended over the course of time. Below, we list a few of the key powers they have:

The aim with Compliance Checks is to ensure that a taxpayer has met their tax obligations. It could mean checking proper records are kept, returns are filed or that the filed returns and other documents that HMRC rely on are accurate.

HMRC has the right to make an enquiry into every tax return submitted to them. This enables HMRC officers to look closely at the individual entries within the return and very often, taxpayers will be asked to support each entry with the relevant documentary evidence.

Enquiries can be random or specific. The most common target for specific enquiries, are the self-employed who are regularly asked to produce their books and records to support the details on the tax return. Currently, trades such as pubs, market traders, plumbers, electricians and taxi drivers are a favourite of HMRC enquiries.

Each year, HMRC will also select a random number of taxpayers for a general enquiry. These are intended to encourage taxpayers ensure their tax returns are accurate, in case they are selected for a random enquiry.

With new powers, HMRC can now issue an Information Notice which requires a person to provide information and/or produce documents within a reasonable length of time. The Information Powers may be used alongside a Compliance Check. Failure to comply, conceal or destroy requested documents or provide inaccurate information, can result in an initial penalty of £300 and up to £60 per day thereafter for persistent delay.

HMRC can enter your home if you are VAT registered and the property is used for business purposes, possibly arriving unannounced if it has been approved by the first-tier Tribunal. The power to inspect is not new for VAT and employer compliance, but in 2010, Income tax, Capital Gains Tax and Corporation were added to their powers.

HMRC have been working hard to improve their image with the public and crack down on tax evaders.

As a result, they have been launching a series of campaigns targeting specific sectors or taxpayers, the most recent of which are targeting higher-rate taxpayers with outstanding returns, those trading on the internet and tradespeople. The campaigns are seen as ‘amnesties’ and allow the individual to come forward, under the promise of more favourable settlement terms. Once the campaign has come to an end, HMRC then begin their own investigations to target any individuals that have not come forward.

Unlike the campaigns, the taskforces are not an advertising campaign and are instead specialist teams that look at specific high risk trade sectors in particular locations across the UK. The teams visit traders to examine their records and carry out other investigations.

The recent case of AD and J Forster V HMRC [2011] UKFTT 469 (TC01319) really highlighted the benefits of fee protection cover. Danielle Forster was a sleeping partner in a VAT-registered farming business with her husband and son. But Forster also ran her own small B&B business from the family’s farmhouse- which on its own was under the VAT registration threshold. But an HMRC officer attempted to charge VAT on the sideline business.

The officer demanded Forster’s B&B should be included under the VAT registration ‘umbrella’ of the farm, despite her claims that having to pay the tax would lead to the closure of her business.

Thankfully, the Judge ruled in Forster’s favour because he was “reasonably satisfied that there was an artificial separation of the farming and B&B business”.

Glyn Edwards who represented Forster, said “HMRC should never have taken the case this far and defend what proved to be indefensible. It also shows that HMRC can push small businesses to tribunals; even when it is unlikely to win.”

And Edwards went on to say, “One of the keys to this success was that Mr and Mrs Forster had taken out fee protection cover through their accountants. This covered all their legal fees and without it, it is unlikely that they would have fought the case, especially as costs cannot be recovered from HMRC, even after an appeal has been won.”

Why take out fee protection cover?

Fee protection cover will vary, but in essence, it is intended to cover the professional fees incurred with fighting your case with HMRC, typically capped at £50,000 or £100,000. This could include any fees charged by your accountant regarding the case or your defence team but obviously not any tax assessment, penalties or interest.

As we saw with the Forsters’ case, having the comfort of fee protection cover can literally mean the difference between a business defending themselves and survival, or conceding defeat and the failure of the business. Edwards, the Forster’s defence, made an important point that costs cannot be recovered from HMRC- even if you successfully appeal.