Half a million small employers cannot ignore Workie in 2016 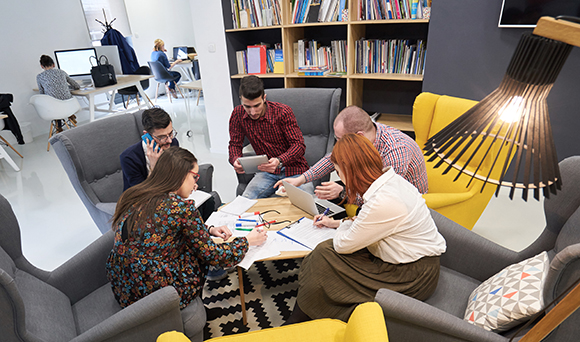 The Pensions Regulator (TPR) has launched a new campaign recently to reinforce awareness of auto enrolment, with the ‘help’ of a giant multi-coloured creature called Workie.

He appears in several situations, like the mechanics and then the park where employers choose to ignore Workie. Then a group of nannies feeding the ducks, who are eligible for a workplace pension, also don’t pay Workie any attention.

As more companies stage, the chances of people ignoring their responsibilities will increase. TPR is likely to intensify its campaign in the coming months to deal with the rising flow of businesses staging.

The numbers of small employers due to stage in 2016, will increase significantly:

*The Pensions Regulator defines 'Small and micro employers' as those with under 50 people.

Employers will undoubtedly be put on the spot by employees who have seen the adverts and want to know what their situation is. And the rate of fines issued by TPR will increase because of employers' inertia, and that’s what everyone wants to avoid.

Here is how TPR outlines its approach:

107 fixed penalty notices of £400 were issued between July and September this year, the Regulator’s most prolific quarter since it started enforcement measures.

Making sure you comply

Wren Sterling has consistently said acting early is the key to making sure you are able to meet your obligations. Planning six months ahead allows employers enough time to source a Qualifying Workplace Pension Scheme (the Wren Sterling Master Trust is one such scheme), consider how they are going to resource the monthly administration, and their contribution basis.

It also gives you chance to communicate the change to employees so everyone knows what is happening.

Compliance encompasses automatically enrolling all eligible jobholders, offering a workplace pension to other workers, communicating in a compliant manner and making the right payments month on month – so it’s a large administrative undertaking.

As the advert says, there’s no ignoring Workie – half a million businesses are about to find that out in 2016, but the good news is that schemes like the Wren Sterling Master Trust guarantee acceptance for all businesses and have the technology to make auto enrolment much more straightforward than it seems.