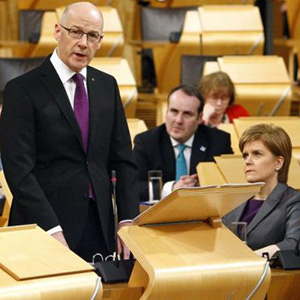 The draft Budget in Scotland is typically presented in September, but it was delayed this year due to the Westminster Spending Review and Autumn Statement in November.

This is the second Draft Budget in which spending plans have utilised the devolved powers granted in the Scotland Act 2012. Since 2015/16 some of Scotland’s revenue has been generated from Land and Buildings Transaction Tax (LBTT) and Scottish Landfill Tax (SLfT); two taxes established by the Scottish Parliament to replace existing UK taxes. For the first time in 2016/17, the Scottish Parliament will be able to set the Scottish rate of income tax (SRIT).

This Draft Budget was far from revolutionary and there were a lot of reoccurring announcements, but the Scottish Parliament are undoubtedly getting to grips with their new powers and implementing the necessary infrastructure. It’s a relief that they have not been seduced by the excitement of their extended authority and rushed into any hasty decisions. The real test will be in 2017 when there could be even more extensive control over income tax.

There might be disappointment that the Scottish Parliament did not take full advantage of the new powers and set a lower SRIT. But given the concerns about the robustness of the framework surrounding SRIT, keeping the rate effectively unchanged will allow taxpayers and HM Revenue & Customs (HMRC) some breathing space to decide on residency issues and ensure systems are functioning correctly.

Land and Buildings Transaction Tax (LBTT) will remain at current levels. This should ensure that 93% of home buyers either pay less than under UK stamp duty land tax or pay no tax at all.

However, a LBTT ‘second-homes’ supplement of 3% will apply to purchases of additional residential properties from April 2016, including buy-to-let properties.

Some of the other measures proposed by John Swinney included:

The Scotland Bill 2015 proposes the further devolution of additional tax and spending powers to the Scottish Parliament, such as the power to set all rates and thresholds of bands, with the exception of the personal allowance.There is an impression that this flexibility could lead to having a non-uniform SRIT across the different bands.

The Bill also proposes that the Scottish Government will receive all revenue from income tax on non-dividend and non-savings income arising in Scotland rather than the proportion currently allowed for under the Scotland Act 2012.

Income tax will, however, remain a shared tax. HMRC will still be responsible for the collection and management of income tax in Scotland and the responsibility for defining the income tax base will continue to rest with the UK Government. These additional powers would give the Scottish Government greater flexibility over options to pursue an income tax policy which could be better aligned with its principles based approach to taxation.

The Scotland Bill 2015, at the time of publishing the Draft Budget, is still subject to consideration and amendment by the UK Parliament. It is, therefore, not possible to give full clarity on the powers and functions being transferred and the costs associated with the delivery of these until the Bill is passed.