The tax return deadline is on 31st January for online returns or 31st October for paper tax returns. 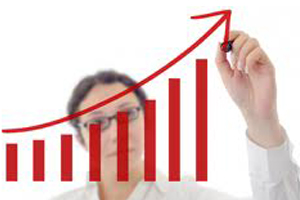 HM Revenue & Customs (HMRC) have sent over 10 million notices to complete a 2010/11 self assessment tax return. But taxpayers are running out of time to file their 2010/11 tax returns, which are due to be filed by 31st January 2012.

Everyone likes to take time off to enjoy the festive period; however, taxpayers should be encouraged to get their tax affairs in order in good time. Leaving your tax affairs to the last minute can cause unnecessary stress, could lead to penalties and interest and if anything is wrong or missing, you have no time to sort things out.

Registering with HM Revenue & Customs and Submitting your Tax Return

Any outstanding tax returns must be filed online now, as the deadline for paper tax return of 31st October 2011 has now passed. Paper tax returns received by HMRC from 1st November 2011 onwards will automatically be issued with a £100 penalty. And this penalty will apply even if there is no tax to pay or it is paid on time.

Alternatively, you may authorise an accountant to deal with your affairs on your behalf. By authorising an accountant, they will be able to file your tax return online if they are registered as a tax agent with HMRC.

Up until this year, an automatic penalty of £100 would be issued for a late tax return. However, this could be reduced- perhaps even down to nil- if you paid your tax by the due date or the tax liability was less than £100. However, a new penalty regime applies to late tax returns this year, which is as follows:

Not only are penalties a waste of your hard-earned cash, you do not get tax relief for them either.

If you choose to use an accountant, not only should penalties and interest be avoided, but accountants may even be able to save or defer you tax.

If you are filing your tax return online, HMRC’s system will automatically calculate your tax position for you, but unlike an accountant they will not advise you if you have completed something incorrectly, have strayed from accounting standards or tax legislation or have missed out on claiming for something.

HMRC will not help you identify tax savings that you could be making. Do not confuse tax calculations with tax relief.

If you are due to pay tax, this must be settled by 31st January 2012 as well. Any refund due should be issued by HMRC either by cheque or bank receipt soon after your return has been filed.  Please be aware of the many tax return email scams that circulate at this time of year.

A payment on account (POA) may also be due on 31st January 2012. POAs are payments made by the taxpayer in advance to cover their tax liability for next year and are payable in January and July. They are designed to ease cashflow and each of them is typically half of the previous year’s tax liability - although they can be reduced. POAs are only due where your tax liability is:

For those starting out or wishing to plan their cashflow for future years, it is advisable to put aside about 20% to 30% of your profits throughout the year to cover your tax liability. Savings of this level should ensure that most, if not all, of your tax bill will be covered.

If you pay your tax late, HMRC will charge you interest on the amount overdue.

New penalties can also be applied for paying your tax late, which are:

Using an accountant will take away the stress of filing tax returns and leave you to concentrate on running your business. Not only should penalties and interest be avoided, but accountants may even be able to save or defer you tax. They can also keep you informed of your tax position and abreast of any changes in the tax regime.