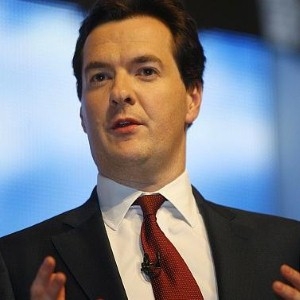 Small businesses across the UK have suffered a lending let down in the Budget.

Despite welcome news on cutting employer’s National Insurance costs and scrapping planned fuel duty rises, its recent survey of small businesses showed that access to funding was a top priority for small companies.

“We’ll be looking closely at the proposed Growth Vouchers for small businesses and possible extensions to the Funding for Lending scheme, but hoped to hear much more about lending lifelines for small businesses,” said Jo Nockels ACCA, training and communications manager for TaxAssist Accountants.

“There was also a deafening silence on business rates, which we wanted to see frozen at least and nothing concrete on extending small business rate relief, which is due to come to an end next March; which would be a bitter blow to numerous independent retailers.”

There were two positives to come from the Chancellor’s lunchtime statement however, with the new Employment Allowance and the fuel duty price freeze sure to appease small business owners in some way, shape or form.

“The new Employment Allowance is a very positive step for the UK’s small business owners. Cutting up to £2,000 from Employer National Insurance Contributions is a strong incentive for creating new jobs,” said Nockels.

“Scrapping the planned rise in fuel duty was also a top priority for small businesses in our survey, so this is also very welcome news.

“For UK tradespeople and service providers who make home visits, their cars and vans are a vital part of their service, not a luxury and they can’t absorb the cost of fuel price increases.”

Although Mr Osborne announced a cut of one per cent to single rate corporation tax in 2015, Nockels believes the benefits of these reductions should have been distributed more evenly.

“We would have liked to have seen a fairer distribution of the benefits of reducing corporation tax.

“The 20 per cent single rate for all businesses to be introduced in 2015, might well be the lowest business tax of any major economy in the world, but it means that companies with profits of £300,000 pay the same rate as firms with profits of say just £30,000.  A sliding scale would be much fairer to the majority of small business owners.”

The highlights of Budget 2013 for small business owners were:

The disappointments of Budget 2013 for small business owners were:

It was also announced today that we shall finally see the long-awaited Business Bank’s first business strategy on Friday 22nd March 2013 - which will set out how it plans to make use of its £1bn of resources and improve access to finance for small businesses.