Information on the date change of the Autumn Statement 2013 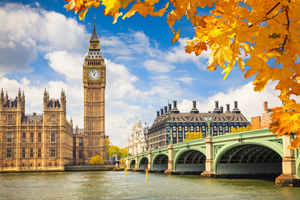 On 5th December 2013, the Chancellor of the Exchequer, George Osborne, announced the Autumn Statement which provides an update on the government’s plans for the economy. We have summarised the key changes impacting small businesses…

As in many speeches of recent years, the Chancellor cancelled a fuel duty increase planned for September 2014. This should save the average motorist £11 every time they fill up their tank by 2015/16.

The government will also amend the Small Business Rate Relief criteria to allow businesses in receipt of the Relief to keep it for 1 year when they take on an additional property that would currently cause them to lose Small Business Rate Relief. This will allow small businesses that are in a period of expansion, time to adjust to losing the Relief.

In addition, the government will introduce a 50% business rates relief for 18 for businesses that move into retail premises that have been empty for a year or more. Businesses which move into empty premises between 1st April 2014 and 31st March 2016 will be eligible for the relief.

The government will also allow businesses to pay business rates over 12 months rather than 10 months, with effect from 1st April 2014.

The planned increase to business rates in April 2014 will also be capped at 2%; rather than the rate of inflation.

There were calls for the government to do a complete review of rateable values as in most cases, these date back to 2010 when rents were much high than they tend to be now. Although this didn’t come to fruition, the Autumn Statement has certainly yielded many incentives to encourage businesses back onto our high streets.

At present, Wales adopts identical rules for business rates but the Welsh government has yet to announce whether it will continue to do so in light of the Chancellor’s recent announcements. Scotland and Northern Ireland also have local jurisdiction over their business rates schemes but unlike Wales, they have an entirely different set up.

It was announced that from April 2015 married couples or civil partners will be able to transfer up to £1,000 of personal allowance from one spouse to the other.  This will only be available where both spouses are lower rate taxpayers.  If one spouse is a higher rate or additional rate taxpayer then they will not qualify.  The government expects that four million couples will be able to take advantage, receiving a tax benefit of up to £200.

Capital Gains Tax on the sale of your own home

When you sell a residential property that has been your main residence at some point during your period of ownership, then a relief known as Private residence relief is available.  Under current rules the last 36 months of ownership is exempt from CGT, whether or not you lived in the property during that period.  The Government wants to deter people from exploiting these rules, and so from April 2014 the final period exemption will be reduced down from 36 to 18 months.

From April 2015 non- UK residents will have to pay CGT if they make a gain on the sale of a UK residential property.  A consultation on how best to introduce this new CGT charge will be published in early 2014.

In an attempt to reduce youth unemployment the Government will abolish Employers’ NIC for those under 21.  This measure will be introduced in April 2015, and would save the employer £500 on the cost of employing an under 21-year-old earning £12,000 or over £1,000 on the cost of a young worker earning £16,000.  This will not however apply to employees earning more than the '813 per week, equivalent to the point at which higher rate tax is charged.

Autumn Statement 2013 confirmed that the basic State Pension will be increased by £2.95 per week in April 2014.

The government will also introduce a scheme to allow current pensioners and those who reach State Pension age before the introduction of the new single tier pension, the option to top up their Additional State Pension record through a new class of voluntary National Insurance contributions- Class 3A. The scheme will be introduced in October 2015 and more detail on this will be published closer to the time of implementation.

The government has also pledged an additional £250 million to enable the British Business Bank to increase its range of planned “interventions” in the small and medium sized enterprise finance market. Access to funding for small businesses and start-ups continues to be an issue, so we look forward to seeing real developments following this and other finance-related announcements.

The government will implement a national Council Tax discount of 50% for property annexes from April 2014. This will support extended families living together, for example with children saving for a new home or elderly parents.