I’ve heard about these dividend tax changes coming in. I run my own limited company, should I be doing anything about it? 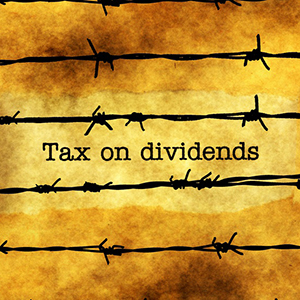 Under the present rules, dividends have been the preferred way for business owners to pay themselves because they are paid net of a notional 10 per cent tax credit. This tax credit effectively meant basic rate taxpayers could enjoy their dividends tax-free.

But in the Summer Budget, it was announced that from April 2016 the tax credit would be replaced by a Dividend Tax Allowance of £5,000. Dividend income over the Allowance will be liable for tax at the basic rate of 7.5 per cent, 32.5 per cent for the higher rate and 38.1 per cent for the additional rate.

Even under the new regime, dividends are still taxed at lower rates than other income and will continue not to attract National Insurance. But many people will see a rise in their tax bill.

The effects of the dividend allowance are far reaching and planning what your company will pay you from April 2016 requires much more care and planning. I would therefore strongly encourage you to seek the advice of a professional, such as your local TaxAssist Accountant.

One of the immediate things to consider, is whether it might be worth declaring some of your dividends in this tax year before the change kicks-in. Although it might meant you have a higher tax bill this year, the tax rates in force are likely to be lower.