I own a manufacturing business and therefore, our company spends a lot on equipment and vehicles each year. Could you tell me what the Annual Investment Allowance is for the forthcoming year please? 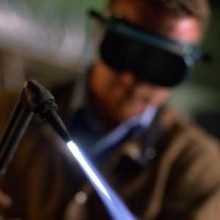 The Annual Investment Allowance (AIA) provides a 100% tax write off for the cost of most plant and machinery acquired by businesses, except for cars which have separate rules.

There is lots to consider when investing in plant, machinery and vehicles in terms of ownership, finance, VAT and tax relief. Discussing your plans ahead of the purchase, should ensure that you’re fully-aware of the tax position and that we can look for the optimum solution. Please get in touch with your local TaxAssist Accountant if you would like to discuss this further.