Scotland's Finance Secretary, Derek Mackay, revealed his tax and spending plans for the next financial year in his Draft Scottish Budget 2019-20 on 12th December 2018. 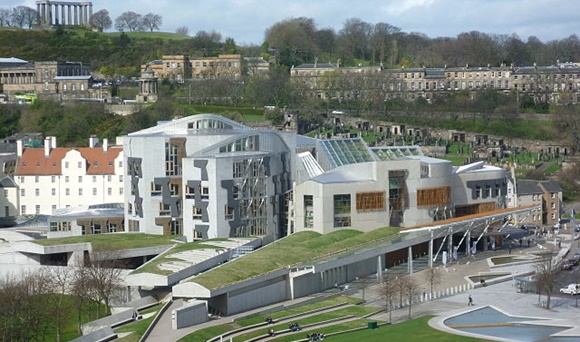 The Scottish Government outlined its commitments for taxation and spending during the 2019-20 financial year, with Mr Mackay attempting to provide stimulus for the Scottish economy despite a lack of support from other political parties in Holyrood for his third Draft Budget.

Before unveiling his comprehensive plans for taxation and spending throughout Scotland, Mackay acknowledged that he “may be required to revisit the priorities” in his Draft Budget if the UK was to fail in reaching a deal with the European Union (EU) before exiting at the end of March 2019.

One of the biggest talking points to arise from the Draft Budget 2019-20 was the Finance Secretary’s decision to freeze all income tax bands, including the higher rate threshold that the UK Government has committed to increasing to £50,000 from April 2019.

Mr Mackay said lower and middle rate taxpayers will have their threshold increased by inflation only to protect the lowest and middle-earners. Mackay said this decision will ensure that “55% of Scottish taxpayers continue to pay less than they would if they lived elsewhere in the UK”.

There will be growing concerns among ambitious small businesses of the ever-widening income tax gap between higher rate payers in Scotland and the rest of the UK. This gap could encourage talented professionals to leave Scotland and seek employment elsewhere in the UK in search of a better pay cheque.

Mr Mackay also announced a cap in the increase in business rates throughout Scotland, ensuring the poundage would be set at a below-inflation level of 49p.

Mackay said this would result in more than 90% of Scotland’s small retailers paying a lower poundage for their business rates than they would in other parts of the UK.

GDP growth revised up for every year

The latest economic forecasts from the Scottish Fiscal Commission have revised up GDP growth in Scotland for every year within this parliament. It is said that GDP growth in 2018-19 will amount to 1.4%, which is higher than anticipated in the UK as a whole.

The growth forecasts for forthcoming years are now:

The Scottish Government’s Economic Action Plan shows no signs of slowing up, with £1.3bn committed to the country’s seven cities in a bid to maximise economic opportunities for small firms. It has also committed £1m towards a Digital Start-Up Fund, designed to support budding entrepreneurs on low incomes.

Cash has been set aside for the Tay Cities Deal, matching the UK Government’s £150m contribution, plus an additional £50m. Meanwhile discussions will continue regarding the Falkirk District Growth Deal, which will be of huge importance to SMEs across Stirlingshire.

The Government will also invest £2.4bn in skills and enterprise agencies and increase capital investment by £1.56bn per year by the end of the next parliament.

As part of the SNP’s economic vision, the Finance Secretary also announced new plans to establish a “Scottish National Investment Bank”. Mr Mackay said that this budget will “provide £130m of funding to establish the bank and pre-cursor investments”.

Mackay did not outline a date for the bank to begin lending to small and growing businesses, but the SME community will be heartened by the ambition to provide the financial firepower required to rebalance Scottish industries.

Additional Dwellings Supplement increased from 3% to 4%

In bad news for those buying property beyond their primary residence, the Finance Secretary announced a tax increase to the Additional Dwellings Supplement from 3% to 4%, which will take effect from 25th January 2019.

Although the Additional Dwellings Supplement has provided a much-needed boost to the Scottish Government’s coffers, it may deter buy-to-let landlords from investing in property to rent or individuals buying for their children.

Other points of note