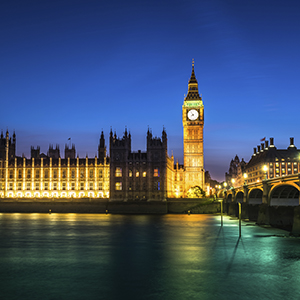 More recognition of the hard work and major contribution made by small businesses to the UK economy was expected on the day.

The combined Autumn Statement and Spending Review said little of real significance to small businesses. Small business owners are already facing huge challenges from new rules on pensions, tax changes to dividends and the living wage, so will be grateful that there were no further bombshells.

While no news is good news for local business owners from the statement, there was a huge opportunity missed to reward those enterprises who are the backbone of our economy.

The Chancellor's decision to abolish plans to cut tax credits is welcome. These are a vital contribution to household income for low earners and working families.

The self-employed do not benefit from the national minimum wage and reducing tax credits could have made many people think twice about remaining self employed.

The £2 billion a year boost for the house building sector, particularly to build affordable homes, announced by the Chancellor is a welcome boost to local economies.

Many self employed people such as plumbers, electricians and decorators, as well as those in construction, should reap the benefits.

There was no u-turn on the new tax on dividends payments announced in the Summer Budget. The change could cost basic rate owner-managers close to £2,000 a year.

Landlords were targeted once again by the Chancellor who confirmed that from April 2016, Buy-To-Let landlords and those buying second homes will be required to pay an additional 3% surcharge on the stamp duty charged for the property.

In the Summer Budget, Mr Osborne made it clear he wanted to “start levelling the playing field” between those renting and owning by ensuring landlords would only receive the basic rate of tax relief on mortgage payments.

Extending small business rate relief in England for another year will also be well received by over 600,000 business owners, particularly independent retailers who already face the huge challenge of online shopping as well as the competition from major store chains.

Devolving control of business rates to some major cities does not answer the need to fundamentally reform this outdated charge which is a huge burden to many business owners.

While there was no news on the future tax treatment of pensions, Mr Osborne did reveal that the dates for the contribution rate increases under auto-enrolment would be pushed back six months to align them with tax years, saving £840 million in tax relief costs.

The rate for the new single tier state pension, due to start next April, was set at £155.65 a week.

The Chancellor announced that the Government will create 26 new Enterprise Zones. 15 of these zones will be located in smaller towns and rural areas which will increase the Enterprise Zones to 108 locations.

If you would like a reminder of all of the announcements from the Summer Budget earlier this year then please click here.