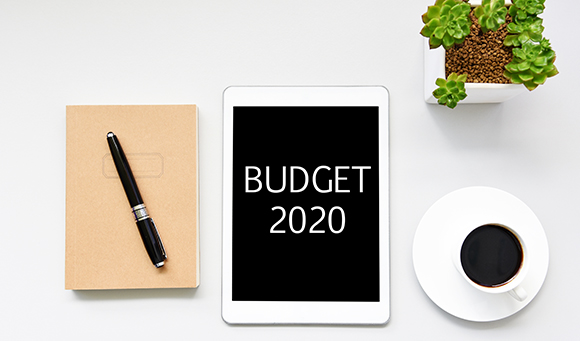 On 11th March, Rishi Sunak is set to deliver his first Budget speech as Chancellor of the Exchequer, outlining the Government’s plans for tax and spending during the 2020-21 financial year.

The original 6th November date for the Budget was cancelled to make way for the General Election. With a majority government in place, Rishi Sunak can now announce his plans for the coming year, as well as will giving the first hints to any further tax policy changes over the next five years.

There could be some big changes in this Budget and some businesses owners should consider speeding up or delaying transactions in anticipation while taking other commercial factors – such as practical feasibility – into account.

Ultimately, we do not know what changes may be announced but based on the 2019 Conservative election manifesto, these are some of the main areas to watch out for:

No rise in personal taxes

Nobody should see a personal tax or VAT rise, in line with the Conservatives’ General Election pledge not to increase National Insurance, income tax or VAT rates.

However, a rise in the threshold for paying National Insurance to £9,500, could mean an extra saving of £100 for a typical employee. The Conservative Party has promised that eventually the threshold will rise to £12,500. This is also good news for small company business owners who will be able to draw more salary without incurring any National Insurance Contributions liability.

Entrepreneurs’ Relief is available in respect of capital gains arising on qualifying disposals of certain business assets, which can include disposals of shares. Qualifying capital gains are taxed at a reduced Capital Gains Tax (CGT) rate of 10%, rather than the higher rates which apply to other asset disposals.

The manifesto indicated and speculation is increasing that the Government is intending to review or even abolish Entrepreneurs’ Relief.

This relief is seen as an important tax break for small business owners who could be disadvantaged if any significant changes are made.

The Employment Allowance is expected to rise from £3,000 to £4,000 from April 2020. This allowance offsets the employers-only national insurance contributions which, in turn, reduces staffing costs. The relief is not available for single director companies.

Certain spending on constructing a commercial building or structure can potentially qualify for a Structures and Buildings Allowance (SBA). The Conservative Party made a commitment to increase the relief available under the SBA from 2% to 3% a year. No date was announced for the intended change, so businesses considering this type of expenditure will be very interested in any announcement by the Chancellor.

The Government made a manifesto commitment to undertake a fundamental review of the system and reduce the burden of business rates for retail businesses. High street retailers will be hoping for some good news from Javid.

Also expected are some positive proposals in respect of Research and Development (R&D) tax credits. These included increasing the R&D tax credit rate to 13% for larger companies and reviewing the definition of R&D, so that important investments in cloud computing and data are also incentivised.

We expect the headline rate of corporation tax to remain at 19%.

There are also some other changes which are due to take place in April 2020, which have already been announced.

There will be significant changes to Lettings Relief and Principal Private Residence Relief (PPR). Lettings Relief will only apply where the owner is in shared occupancy with the tenant, while under PPR the final 18 months’ worth of exemption will drop to nine months.

From 6th April, landlords who currently rent out a property they have previously lived in could be facing a higher tax bill when they come to sell the property.

The Chancellor is hoping to simplify the complex rules about Inheritance Tax following the publication in July 2019 of the Office of Tax Simplification’s second report about proposed changes, which examined the main complexities and technical issues arising from the current system.

IR35 for the private sector

The Budget is due to take place about one month before the IR35 reforms are due to take effect on 6th April. A review of the reforms has been announced and many limited company contractors will be hopeful for news of a delay or reform of the current proposals, which have been widely criticised.

Minimum wage levels have already announced, with those aged 25 years and over set to get £8.72 an hour from April.

Don’t forget that on the day of Budget 2020, we will cover all the main topics relevant to small business owners and self-employed professionals on our social media accounts and via our Budget 2020 Summary.

If you’d like to receive the headlines from Budget 2020 directly in your email inbox, make sure you sign up for our newsletter well in advance of 11th March.