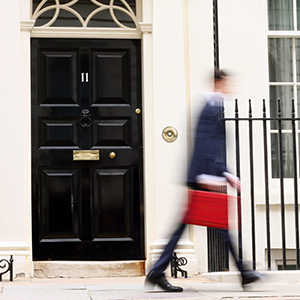 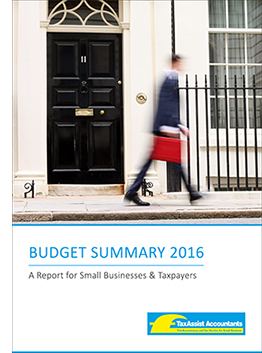 Small businesses are already facing new responsibilities and pressures, including workplace pension schemes, the national living wage, dividend taxation changes and quarterly tax reporting. Thankfully today, Osborne did not impose too many changes for small businesses and if anything, this time there was more good news than bad.

A summary of the key changes that could affect your small business can be found below. To read a more detailed guide for small businesses, please click here

Loans to Directors and Shareholders

If a close company loans money to any of its "participators" (directors and shareholders), a tax charge called S455 arises. S455 is designed to deter participators from taking loans from their companies; rather than a salary or dividends.

Despite being hotly tipped to increase; the government has again decided to freeze fuel duty. Fuel duty has been frozen since 2011. This will be welcome news for mobile businesses.

As already announced, from April 2017 the rate of corporation tax will fall to 19%. It has today been announced that there will be a further fall to 17% from 2020 for all companies of any size.

It is expected Northern Ireland will have the ability to set its own corporation tax rate from April 2018 under current plans.

The government announced its intention to abolish Class 2 NICs in the next Parliament and to reform Class 4 NICs to introduce a new benefit test.

Under current plans, the personal allowance and basic rate band will be as follows in future tax years:

The personal allowance is the amount of income you don't have to pay tax on.

Gains on investments in newly issued shares in unlisted, trading companies purchased on or after 17th March 2016 will pay 10% capital gains tax. The shares must be held for at least 3 years from 6th April 2016 and will subject to a lifetime limit of £10 million of gains. This tax break is designed to encourage investment in the smaller, unlisted companies.

These changes will bring down the cost of buying business premises, with the government estimating up to 90% of commercial transactions will pay the same or less SDLT moving forward.

For new leasehold transactions, SDLT is already charged at each rate on the portion of the net present value (NPV) of the rent which falls within each band.

The government will raise the Small Business Rate Relief threshold in England to rateable values of up to £12,000 tapering to £15,000 from 1 April 2017. Currently, 100% relief is only available if the business premises has a rateable value of under £6,000.

The government have also announced plans to introduce more frequent (at least once every 3 years) revaluations of properties in England for business rates purposes and will publish a discussion paper in March 2016 outlining options to deliver this. Rateable values have not been reviewed for some time and have become out of date with the economic climate, so it is welcome news that this issue should finally be addressed.